This year's virtual event will be FREE!

We've transitioned our 2020 Eclectic Convergence conference to 100% online and have waived the ticket prices. When you register, you will see an option to give to Entrepreneurship at Cornell. We would greatly appreciate any donation to help the entrepreneurship program and students. Thank you in advance for making a gift of any size! 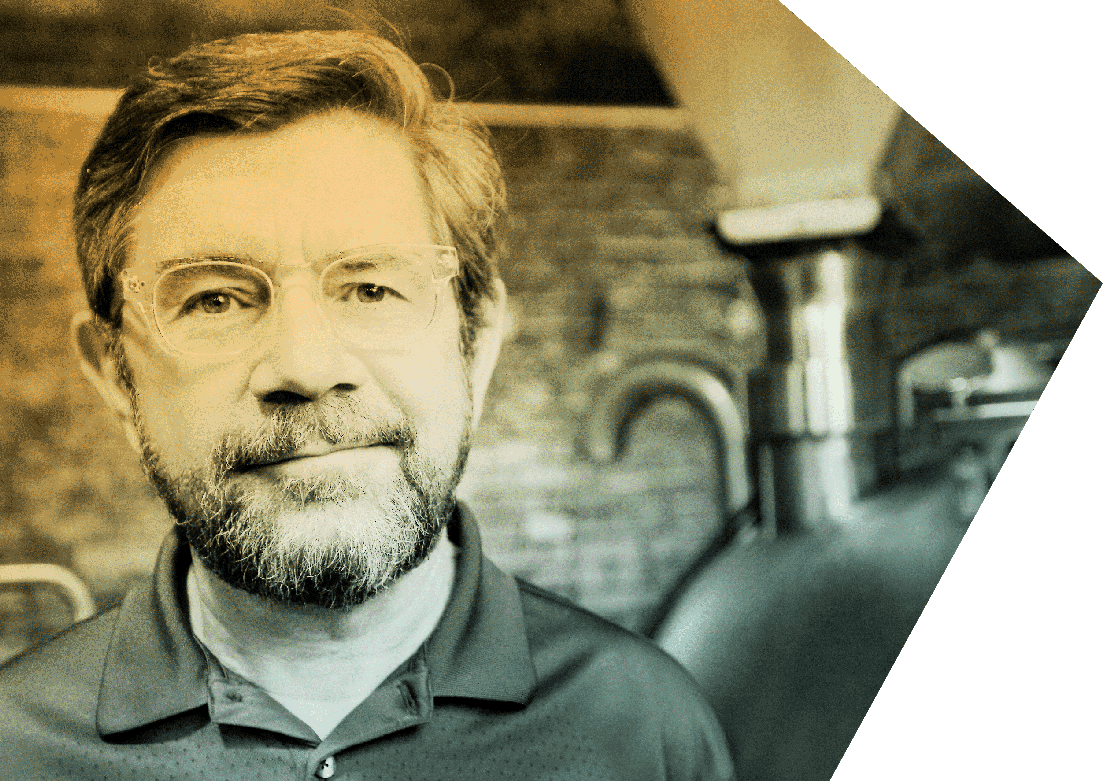 Steve Hindy is co-founder and chairman of The Brooklyn Brewery Corp. He founded Brooklyn Brewery in 1987 with his downstairs neighbor in Brooklyn, Tom Potter, a former lending office at New York's Chemical Bank. Hindy got interested in home brewing while serving as Middle East Correspondent for The Association Press. From 1979-1984, Hindy lived in Beirut and Cairo and covered the hostage crisis in Iran, the Iran-Iraq War, civil wars in Lebanon and Syria and the Israeli invasion of Lebanon. He was sitting behind President Anwar Sadat of Egypt when Sadat was assassinated in 1981. It was a chance encounter with American diplomats who had been posted in Saudi Arabia that led Hindy to brewing. Hindy is the Chairman of the Board of Transportation Alternatives, a prominent proponent of bicycling and other alternatives to motor vehicles, serves on the board of Brooklyn's Prospect Park Alliance and Gowanus Canal Conservancy, and is the founder of the North Brooklyn Parks Alliance. 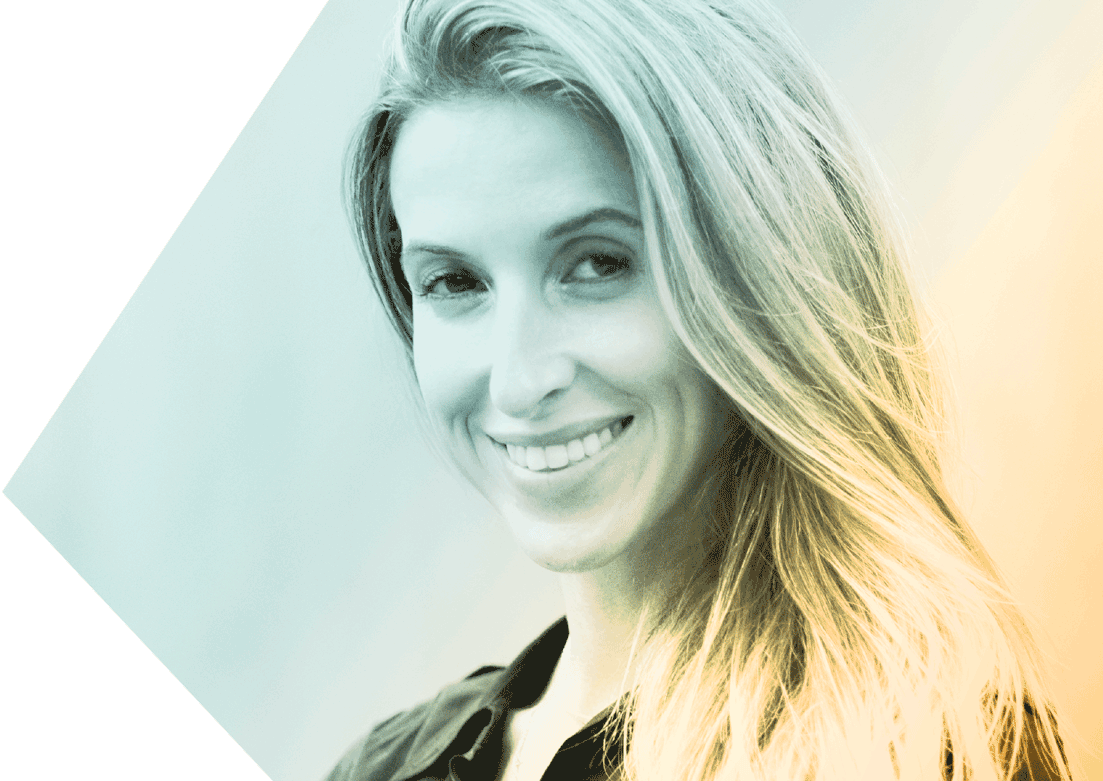 Katia co-founded Birchbox in 2010, driven by a fascination with the business dynamics of the beauty industry and the massive opportunity to redefine the way people discover and shop for beauty online. Birchbox, which is best known for its monthly subscription of personalized samples, has more than 2.5 million active customers, 500 beauty and grooming brand partners, operations in four countries, and retail experiences in select Walgreens locations across the US.

Katia holds an M.B.A. from Harvard Business School and a B.A. in International Studies & Economics from Vassar College. Prior to graduating business school, she worked in structured finance and commercial real estate. She has been honored with accolades including Advertising Age Women to Watch, CEW Achievers Award, Fortune 40 Under 40, Inc. 30 Under 30, Marie Claire's New Guard, WWD Digital Innovator of the Year, and YMA Fashion's Entrepreneur of the Year, among others. She is currently an Entrepreneur-in-Residence at Harvard Business School, meeting with students and faculty as an official advisor on campus. 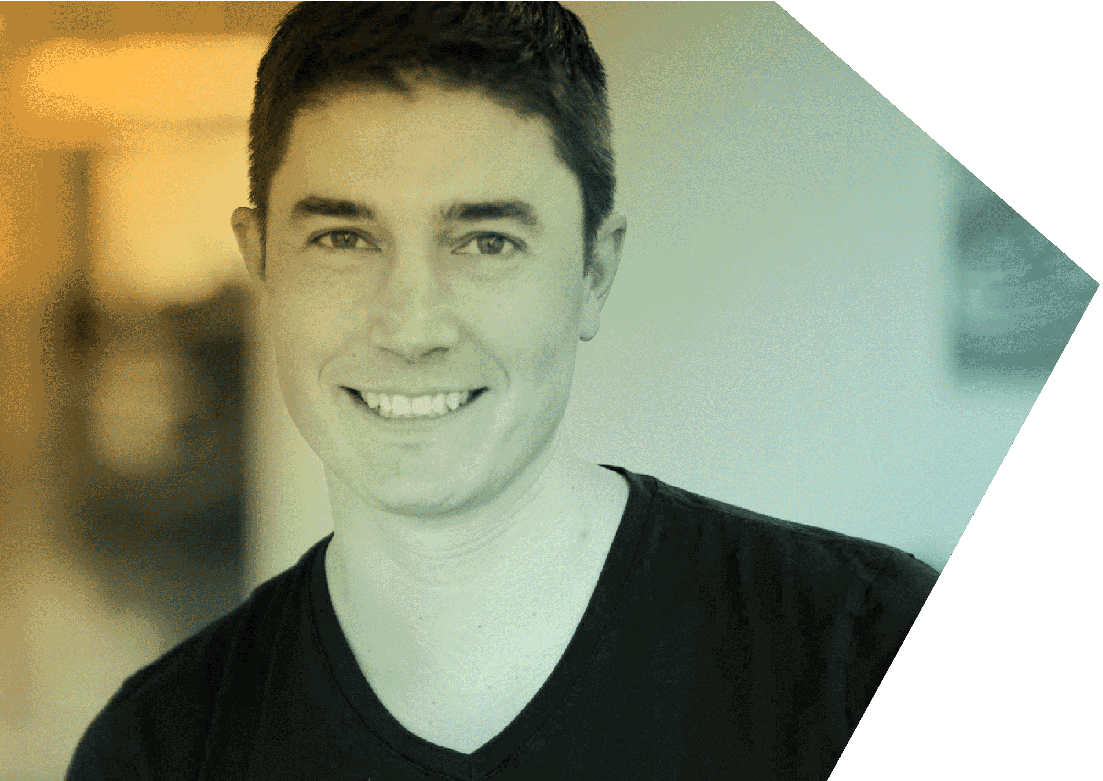 Ryan Hudson is the co-founder of Honey, the LA-based tech company recently acquired by PayPal. Prior to Honey, he built, launched, (and shut down) several startups. He previously worked in venture capital and in product management roles at venture funded startups.

Ryan studied Operations Research and Computer Science at Cornell University and holds an MBA from the MIT Sloan School of Management. 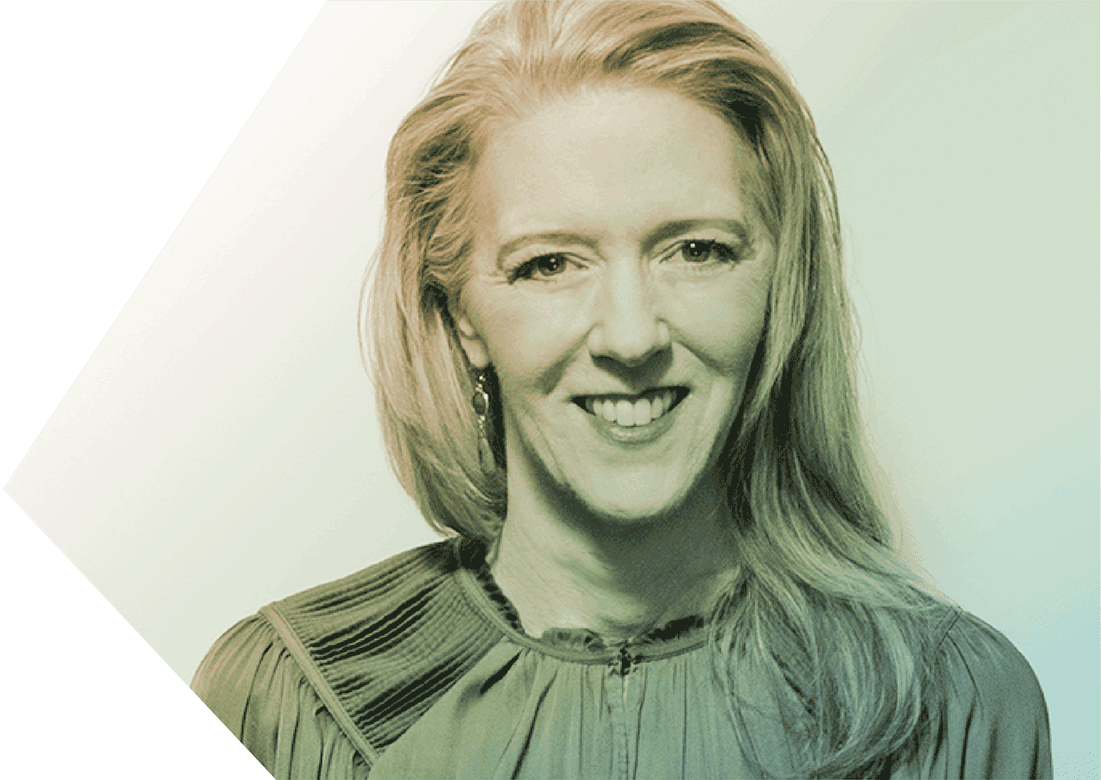 Michelle Adelman is a seasoned strategist, recognized business leader and fierce mission-driven investor. Her firm Accite is focused on building sustainable food and agriculture technology business in Sub-Saharan Africa and growth markets that spur economic diversification and employment of youth and women. Accite's flagship, Go Fresh!, is a hydroponic farm that is the premier organic and sustainable vegetable brand in Botswana. Go Fresh! has received numerous awards, includingBotswana's National Horticulture Grand Champions in 2017.

Accite's ventures also include: Infinite Foods, a go-to-market platform for plant-based food brands like Beyond Meat and Oatly to reach Africa faster; and Crossover Quality Meats, which is developing environmentally sustainable protein to meet a growing global population's demand for all-natural blended meat products. Ms. Adelman has 30 years of business experience as a former Global Managing Director for Accenture, CEO of a US-based home health services company, and Group Strategy Executive for the pan-African Econet Group. In 2017, Ms. Adelman was named by CEO Global as Africa's Most Influential Woman - Business & Professional Services and in 2019, Ms. Adelman was named to the Forbes Africa "20 New Wealth Creators" list.

Ms. Adelman graduated from Cornell University with a degree in Agricultural & Environmental Engineering and serves on the CALS Advisory Board. 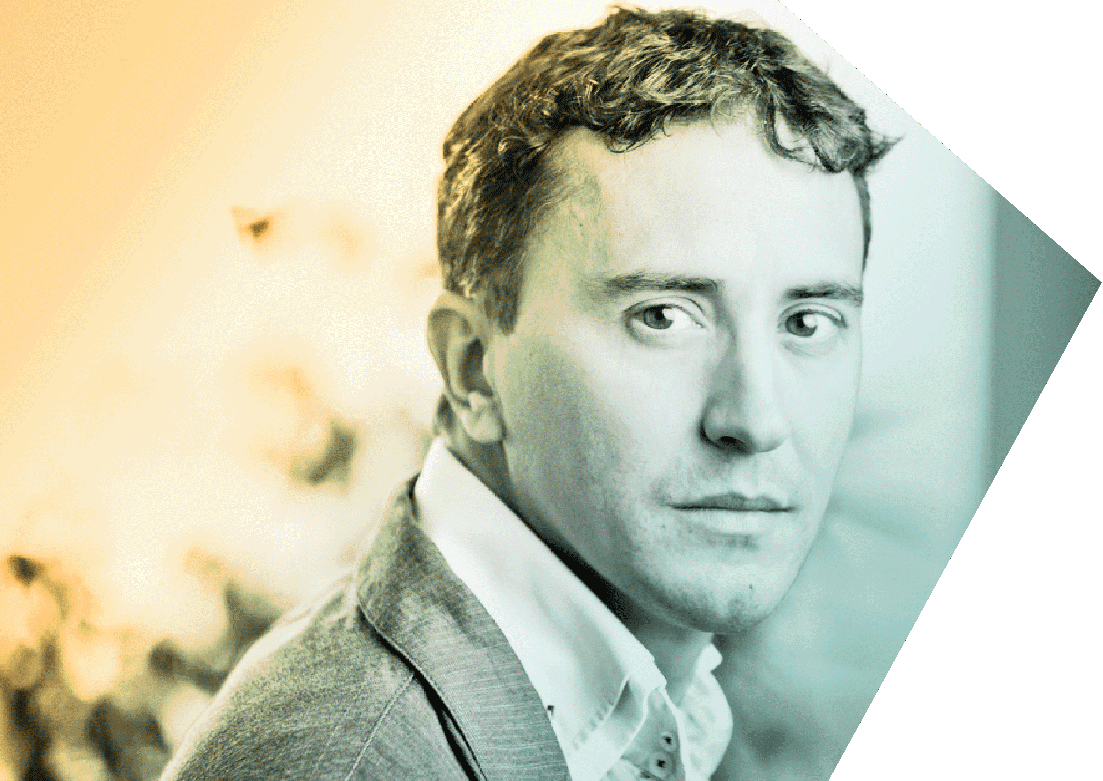 Emin Gun Sirer is a professor of computer science at Cornell University, founder of Ava Labs, co-founder of bloXroute Inc, and co-director of the Initiative for Cryptocurrencies and Smart Contracts (IC3). Among other things, Sirer is known for having implemented the first currency that used proof of work to mint coins, for selfish mining, for characterizing the scale and centralization of existing cryptocurrencies, as well as having proposed the leading protocols for on-chain and off-chain scaling. Of all his collaborations, he is proudest of his contributions to the John Oliver Show's segment on cryptocurrencies. 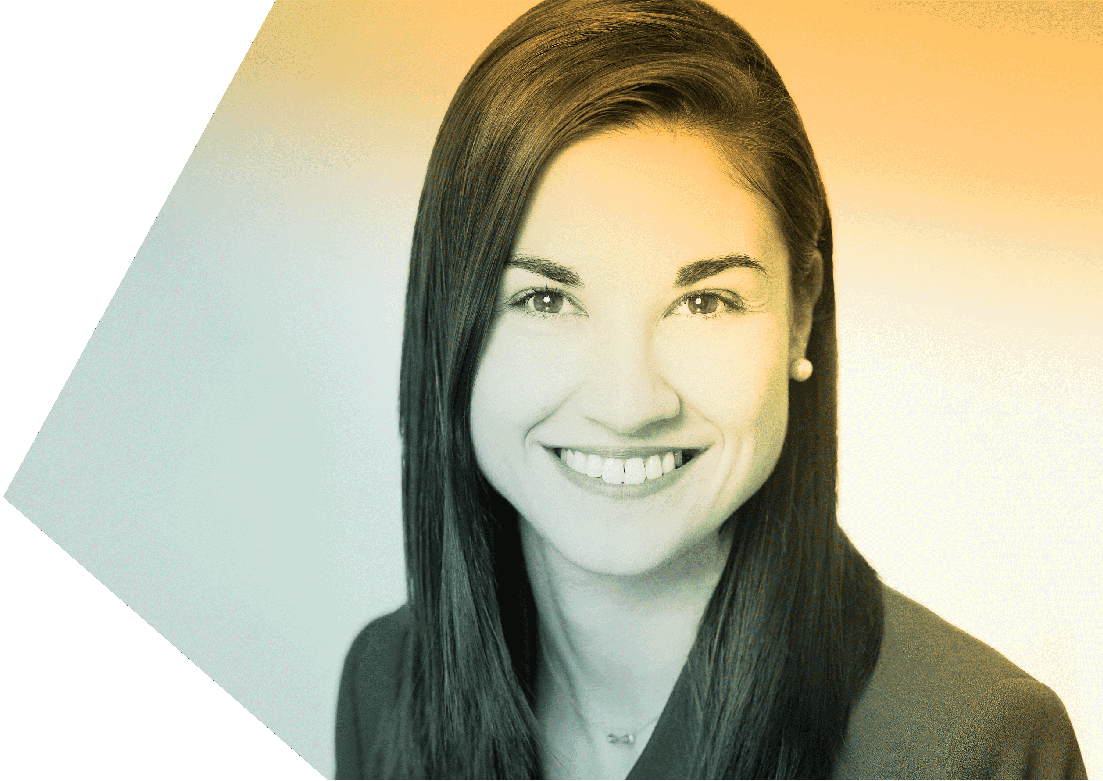 Polina Marinova is the founder of The Profile, a weekly newsletter that compiles the best long-form stories on successful people and companies. She launched The Profile in 2017 with a selection of longform articles and has further expanded it with a premium tier of high-quality audio and video recommendations. Previously, she worked at Fortune, CNN, and USA TODAY. 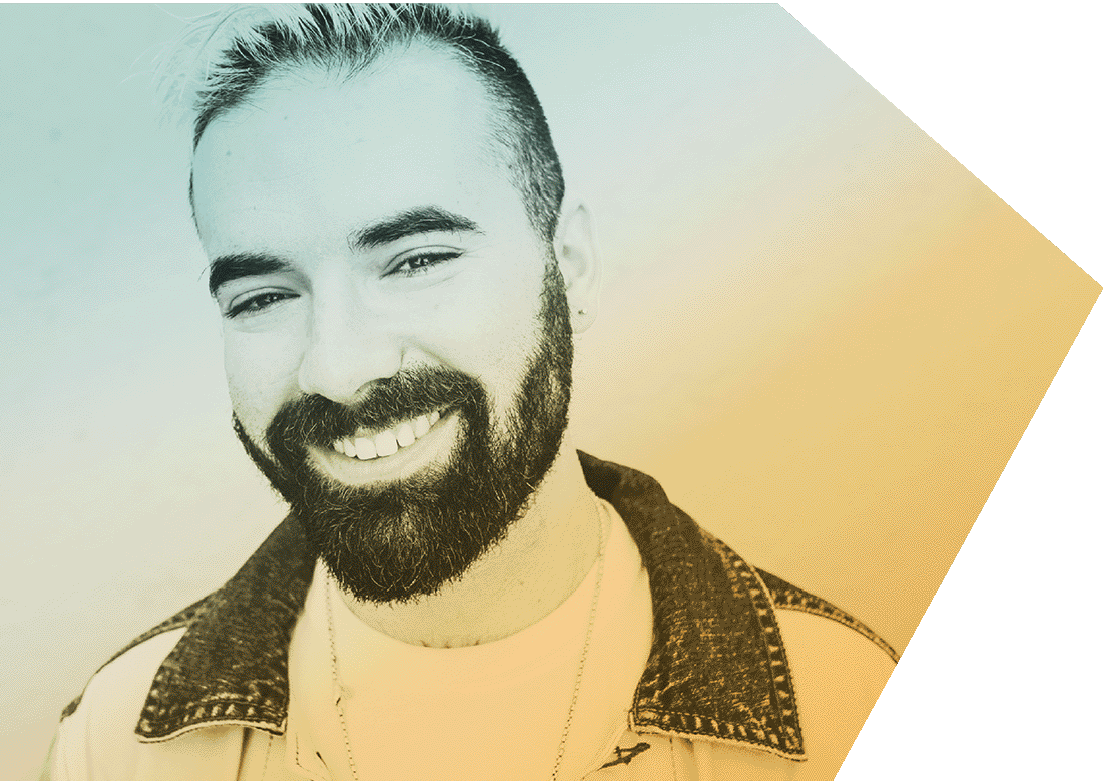 Jeremy is more than a photographer who lances freely, he's an artist, traveling the world telling the raw stories of everyday people. His tool, the camera; his gift, capturing the spirit of his subject. Jeremy seeks out a photo-worthy stranger, encourages them to tell their story and shares it with the world as part of his Today I Photographed Portrait series. His current project, ‘Rooftop Culture During Quarantine' landed him his first ever magazine cover for New York Magazine.

He left his hometown of Bethlehem PA for NYC to study at the School of Visual Arts. His internship for Saturday Night Live was a mixture of assisting with photos of featured guests, weekend updates and behind-the-scenes rehearsals, all while in school. After graduation, Jeremy bet on himself, built his portfolio, gained clients and became a full-time photographer by age 23. 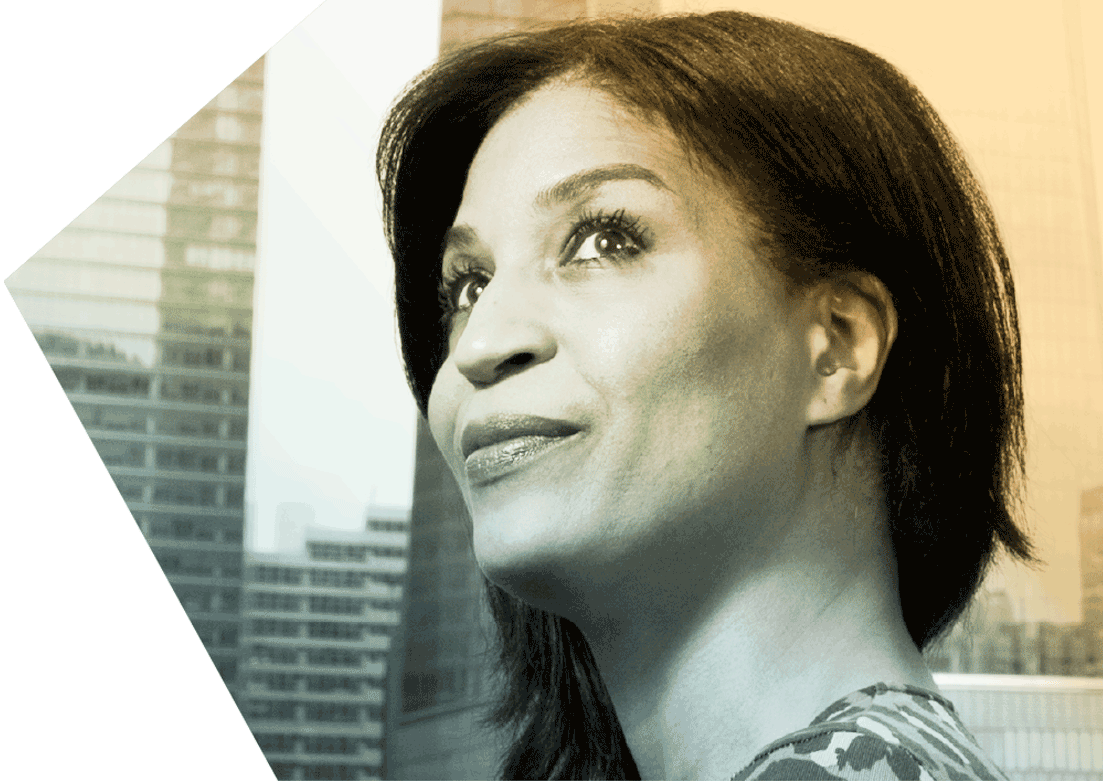 Tiffany Norwood is a global serial entrepreneur who's created 7 start-ups and had 2 public offerings with an impact in 50+ countries across her 30 year career. Her achievements include raising $670 million to fund the first ever global digital satellite radio start-up in her twenties, and developing the original digital content licensing deal for Bloomberg News. Tiffany's translated her passionate belief in the power of the entrepreneurial skill set to her current company, Tribetan. As Founder and CEO, Tiffany has inspired audiences including the European Parliament, Global Entrepreneurship Week, and the Creative Business Cup with her signature Tribetan Method encapsulating the science of turning imagination into reality. 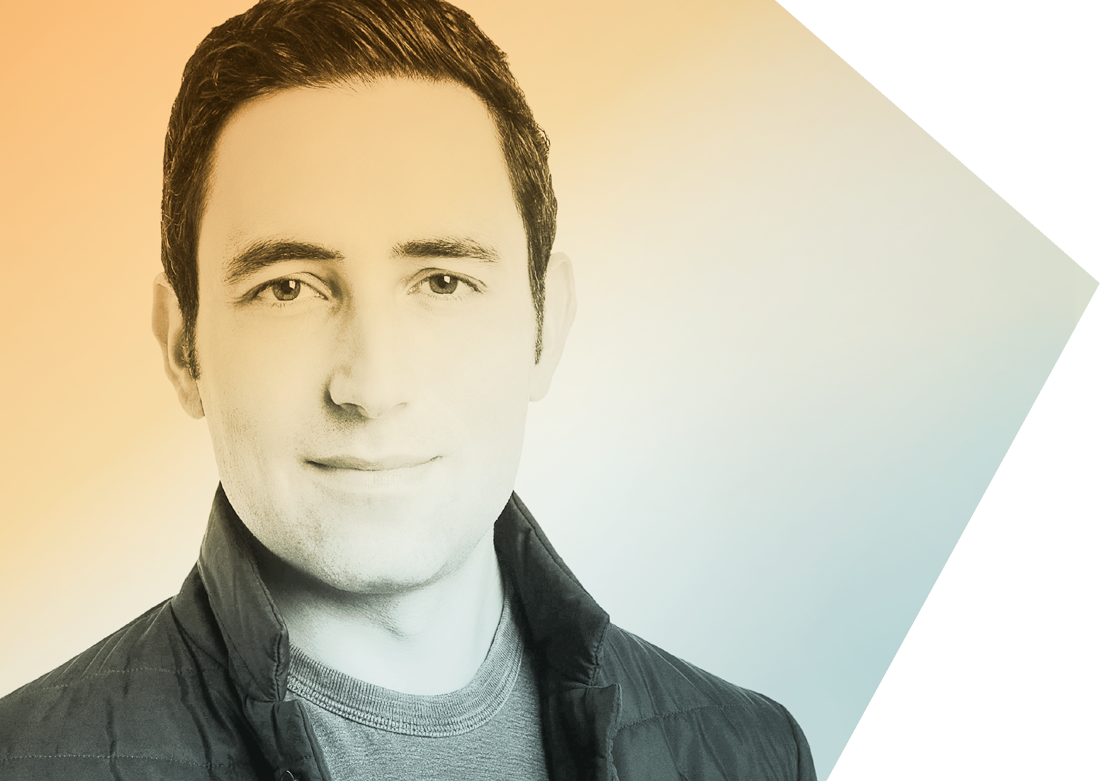 Emcee and Moderator, Entrepreneur, Author, Investor, and CPO at Adobe

Scott Belsky is an executive, entrepreneur, author, investor, and now serves as Adobe's Chief Product Officer. Scott's passion is to make the creative world more productive, connected, and adaptive to new technologies. He founded Behance, the leading online platform for the creative industry to showcase and discover creative work, and served as CEO until Adobe acquired Behance in 2012. He is a Venture Partner with Benchmark, and is an early advisor and investor in Pinterest, Uber, sweetgreen, and Periscope as well as several other startups. He is the author of Making Ideas Happen and The Messy Middle, and founded 99U, a publication and annual conference devoted to productivity in the creative world.


This year's confirmed judges so far are Steve Conine from Wayfair and Kerry McIlroy from Cooley.
Click on a Startup to watch their pitch.

Digitizing touch for a new era.

Check out our new building at 409 College Ave. 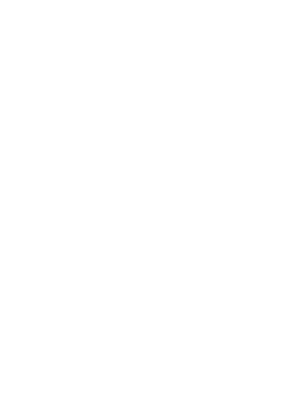 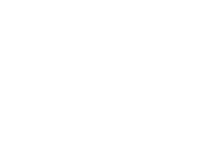 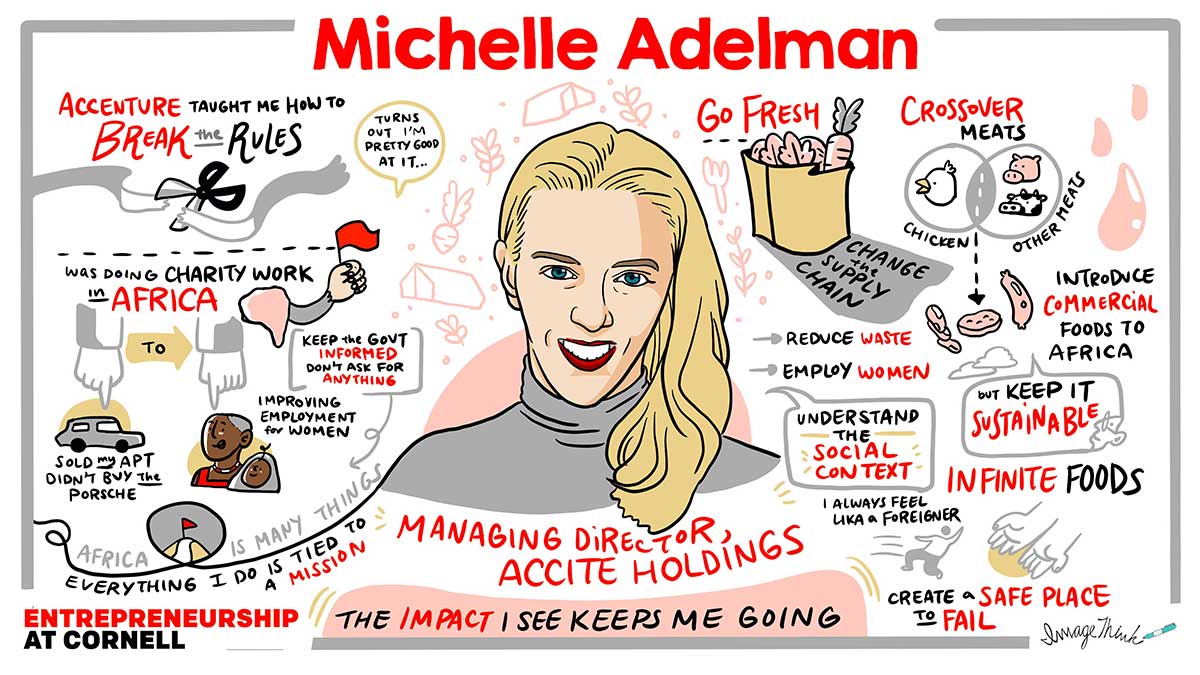 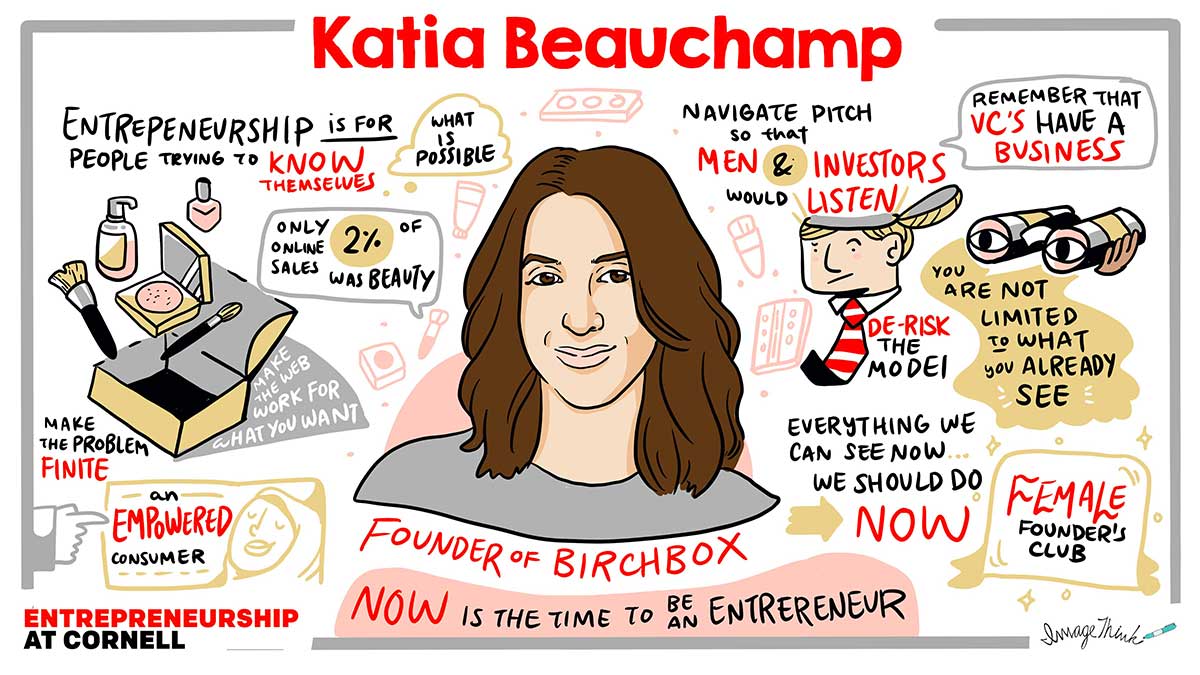 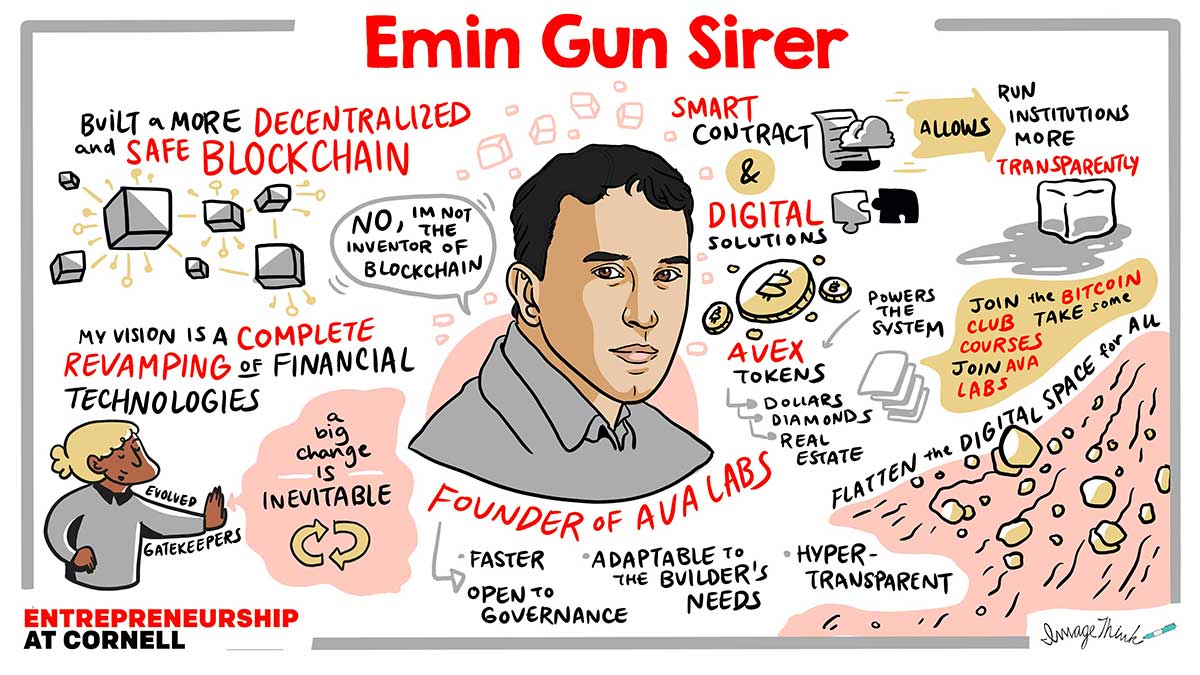 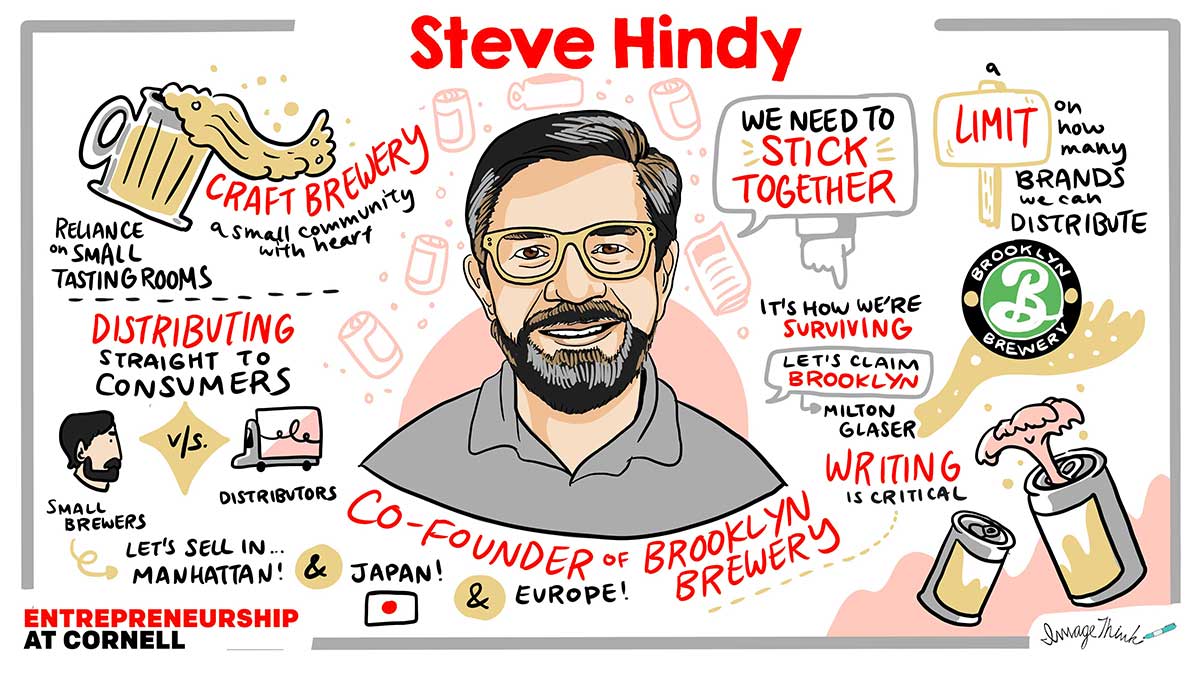 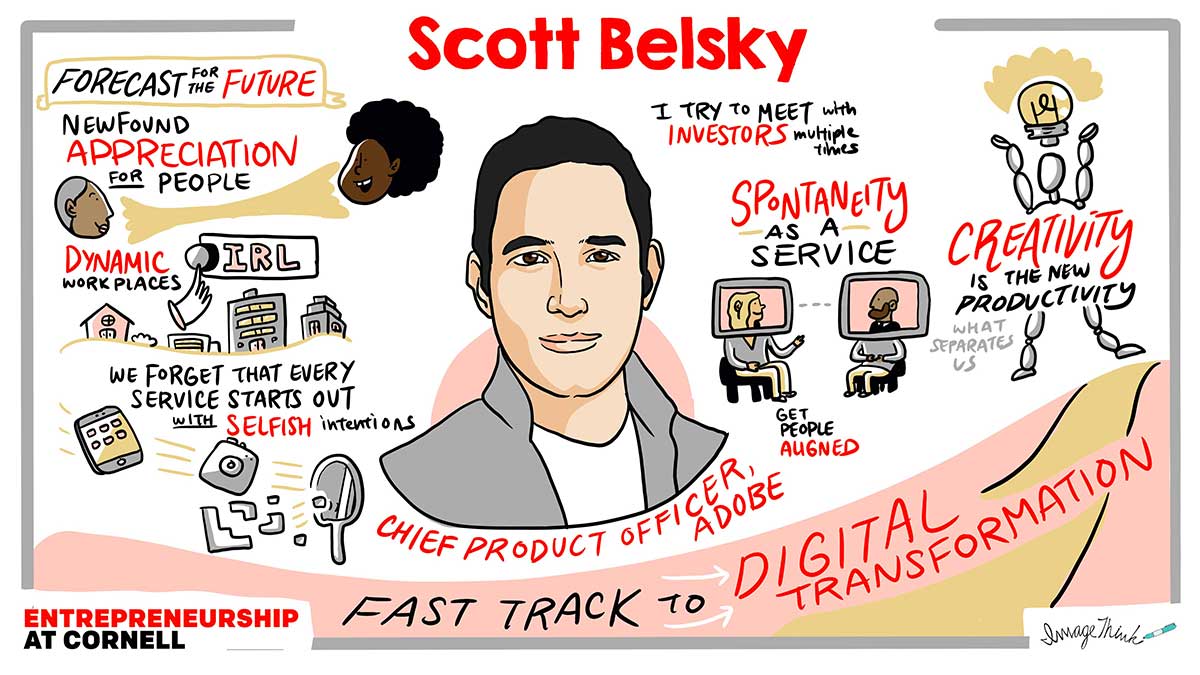 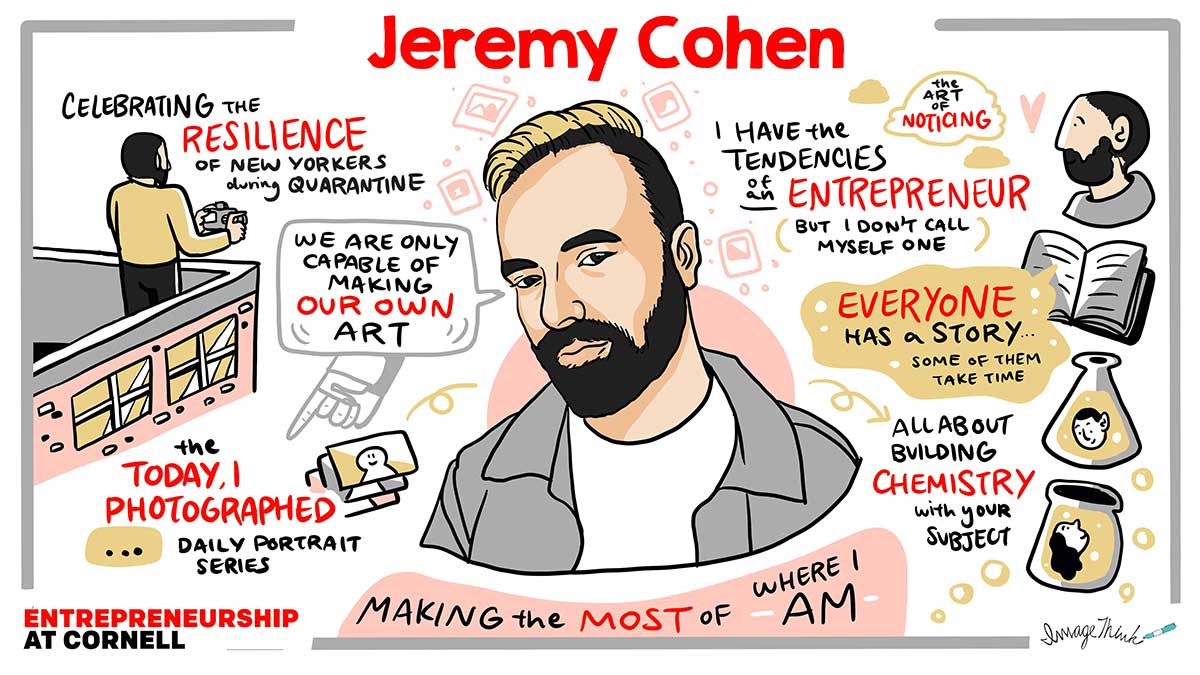 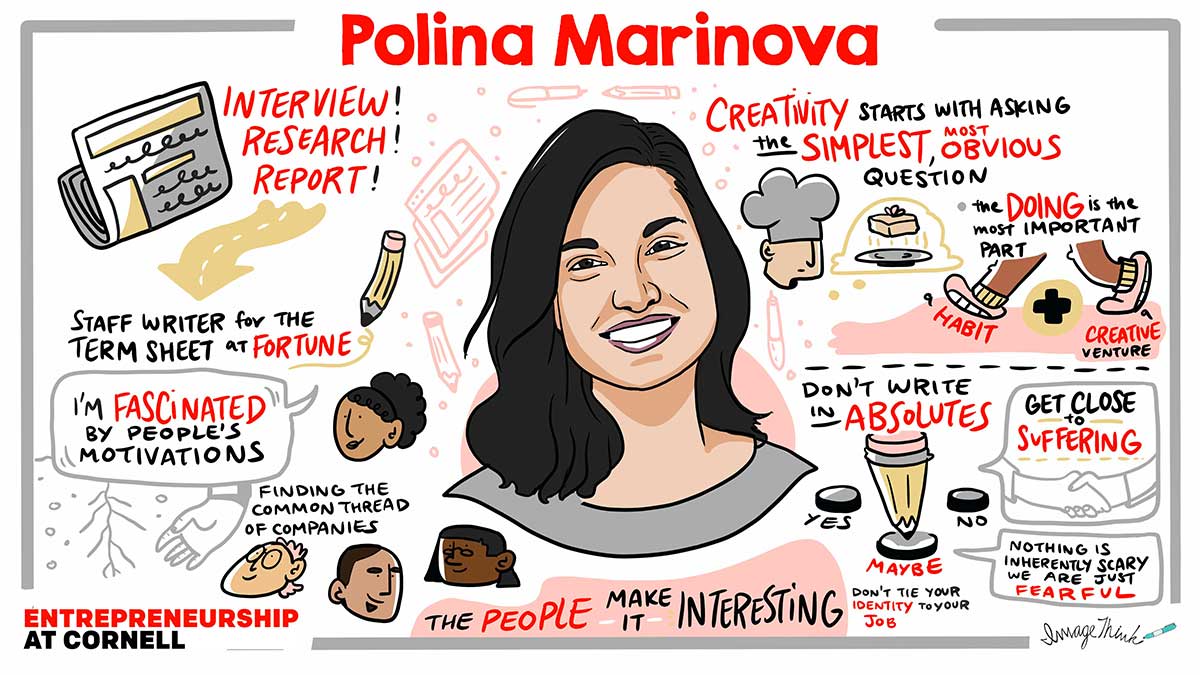 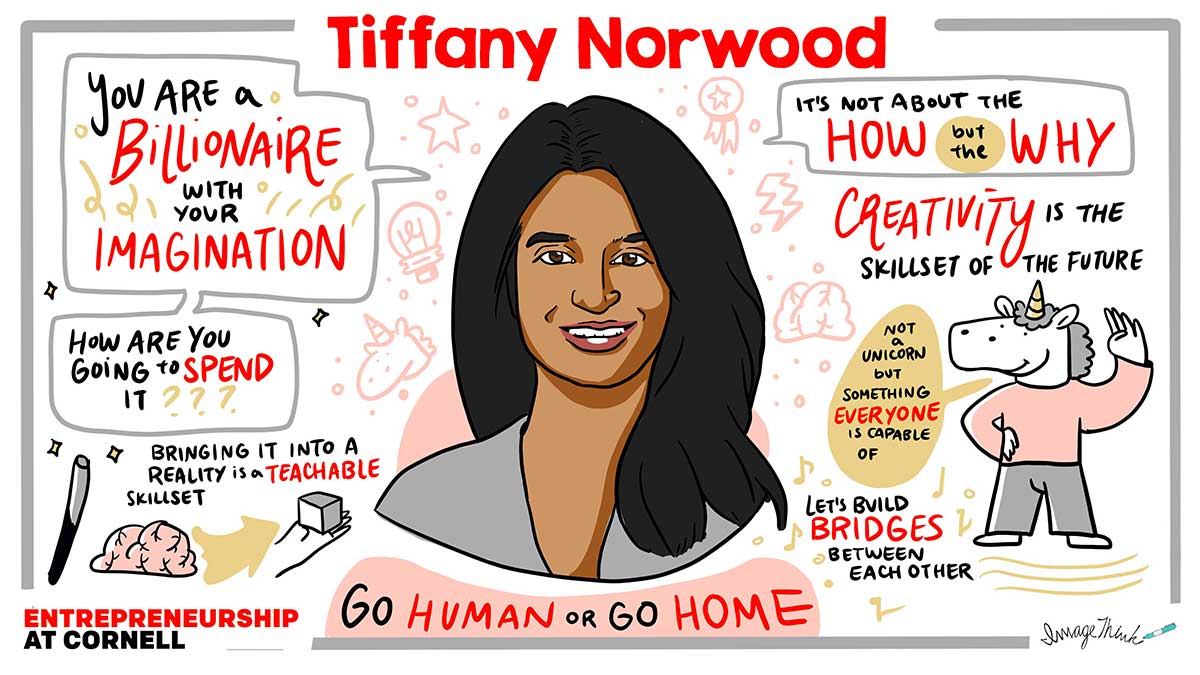